In other news: Daily Briefing Stuff (DBS); some of which should be pretty self explanatory at this point.

Here’s the daily report from the RIC:

Situation report for past 24 hours from @RojavaIC

– Reports of widespread looting and assault of civilians by Turkish proxies pic.twitter.com/skNFXOiFSx

There are also reports now of Russians not only being in the east but deploying all along the border and, very importantly, Russians are in the Kurdish capital, Qamishli for whatever talks may be necessary.

As per terms of the agreement between SDF and Damascus, this will only be a deployment directly to the border in response to Turkish threats and not affect cities, checkpoints, or the Semalka border crossing.

This follows the pattern seen in Manbij, Kobane & elsewhere. https://t.co/TbPWLyeNKx

Here’s a neat, brief account from a humanitarian worker of the situation on the ground:

WNYCStudios: The Rojava Revolution In Peril 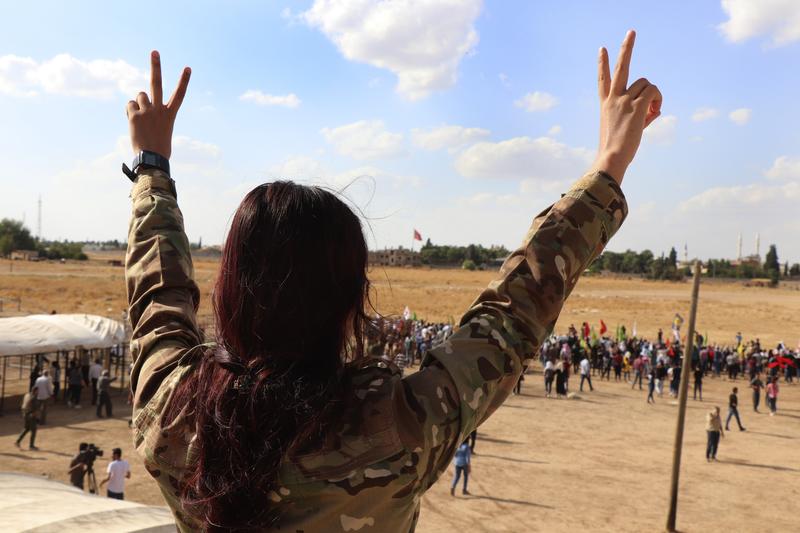 And so it has been reported: a ruinous betrayal of an ally that has made unimaginable sacrifices in the Ameican wars against Sadaam Hussein and ISIS. But lost in that narrative is another story: the equally unimaginable sacrifice of an equitable model of governance in a region where other models have stifled freedom for centuries. First, Bob speaks with Jenna Krajeski, a journalist with the Fuller Project for International Reporting who has reported on the Kurds. Then, he speaks with Rapareen abd Elhameed Hasn, a 27-year-old activist and co-president of her local health authority in Rojava, about what it’s been like on the ground.

This is a segment from our October 18th, 2019 program, Hanging In The Balance.

And finally, the RIC put out a brief summary of what they are facing with the SDF-Damascus agreement and also a report.

The Syrian Democratic Forces-Damascus agreement and Ankara-Washington ‘ceasefire’ have been poorly understood.

Our new report explains the actual impact of both agreements on the ground, and the wider ramifications for all parties to the conflict:https://t.co/gcR6v205AN

Here's what SDF-Damascus deal looks like on the ground:

– Regime along frontlines outside Manbij & Kobane

– NO regime in cities; on roads; at checkpoints; or at Semalka border crossing pic.twitter.com/hBZK6w4dND