Received a good general summary of things to date, so I’m posting it here.

The map of Turkey’s plan in effect in that piece is fantastic. Among other things, it shows Rojava keeping all their land as semi-autonomous… except for all the major cities which are under at least shared control with Assad? And Erdogan controls the M4, with a couple de facto check points for Assad? 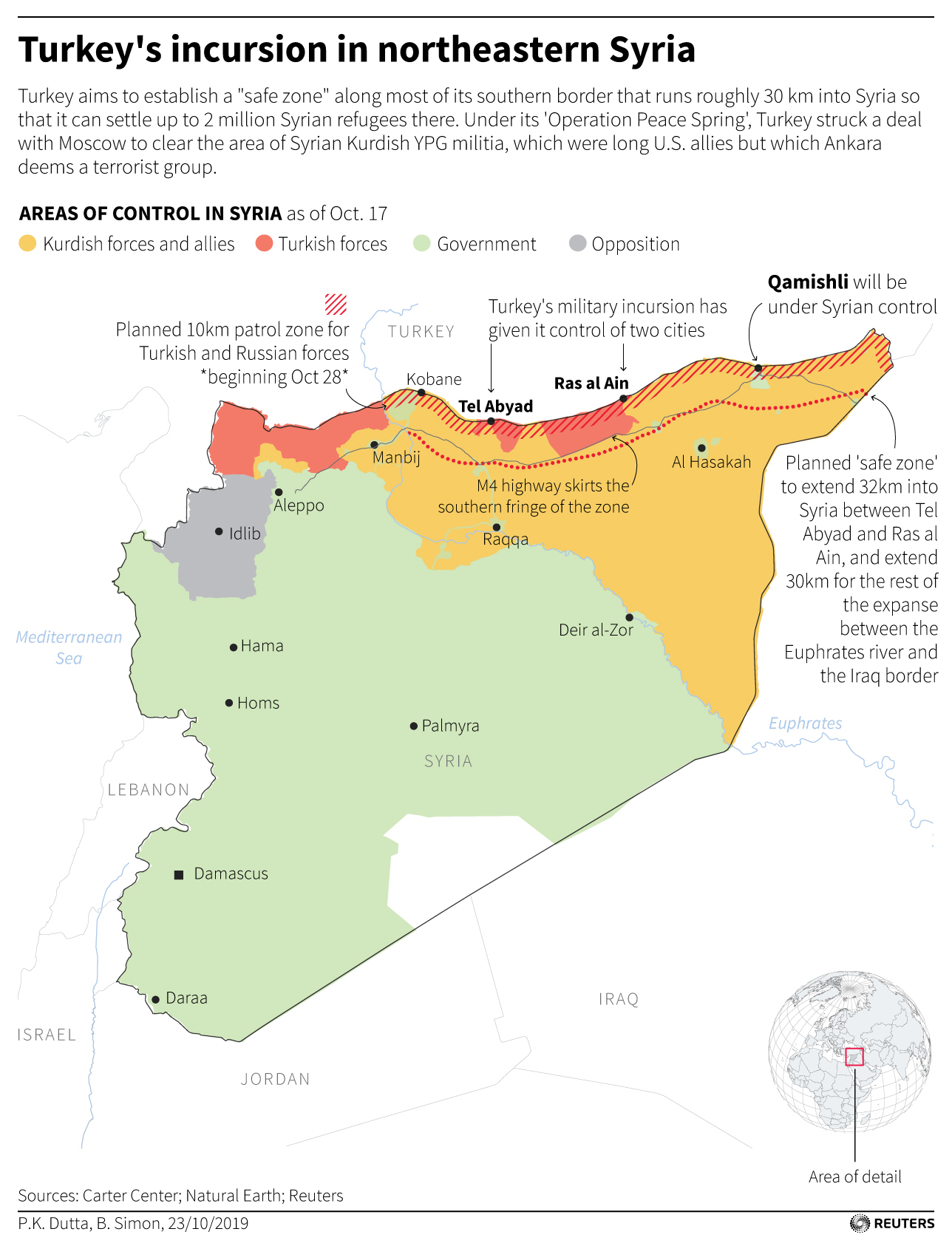 Taking away the social and economic centers of a people such that their identity becomes decoupled from place is like Ethnic Cleansing 101. To say nothing of the loss of economic and political power.

Edit: Wait, Turkey is going to fit how many refugees into the territory in Syria they occupy? Tal Abiad, for example, has a current population of like 15k.

So, in the middle of the night, US convey including 20 unladen trucks heads west into the heart of Syria on the M4 from Qamishli to the east to… go somewhere and do something.

Qamishli – A convoy of US forces consisting of more than a dozen of armored vehicles and 20 empty trucks, entered from the eastern side of the city and headed towards the international road M4#syria #Kurd #SDF #US #Turkey pic.twitter.com/PKSkApKueA

This is widely believed to be the convoy to withdraw the last of American troops from the Kobani area—Hoffman mentioned such in the Pentagon briefing.

To Whom Are We Reacting at This Point, Anyway?

Possibly in connection to a new phone call between Putin and Erdogan?

Barzani Has a Way with Children. Sorta.

Meanwhile PM of Iraqi Kurdistan Barzani, egos been kinda tone deaf about a lot of this visits a refugee camp in northern Iraq’s and speaks some of the scariest words imaginable:

‘This is your home’: PM Barzani to northeast Syrian refugees after camp visithttps://t.co/ZsL8oGseaK

Why would you tell a child that about a refugee camp???

I hope I’m missing something or there’s a translation issue somehow. That’s it. Not like everything in this conflict doesn’t go sidewise, so hey, why not comforting kids, too? We can screw that up well enough.

That was awful. I need to make up for that little bit of color. My apologies.

This should do it, I hope.

Unleash the puppies of war!