Reports that after the ~40 vehicle convoy traveled from Qamishli to a base (bases?) near Manbij, the US didn’t leave.

Also, they brought Bradleys, allegedly out of concern of being attacked by Turkish backed FSA.

Nobody believes the reasons given for the Bradleys. Not the press, not the locals. 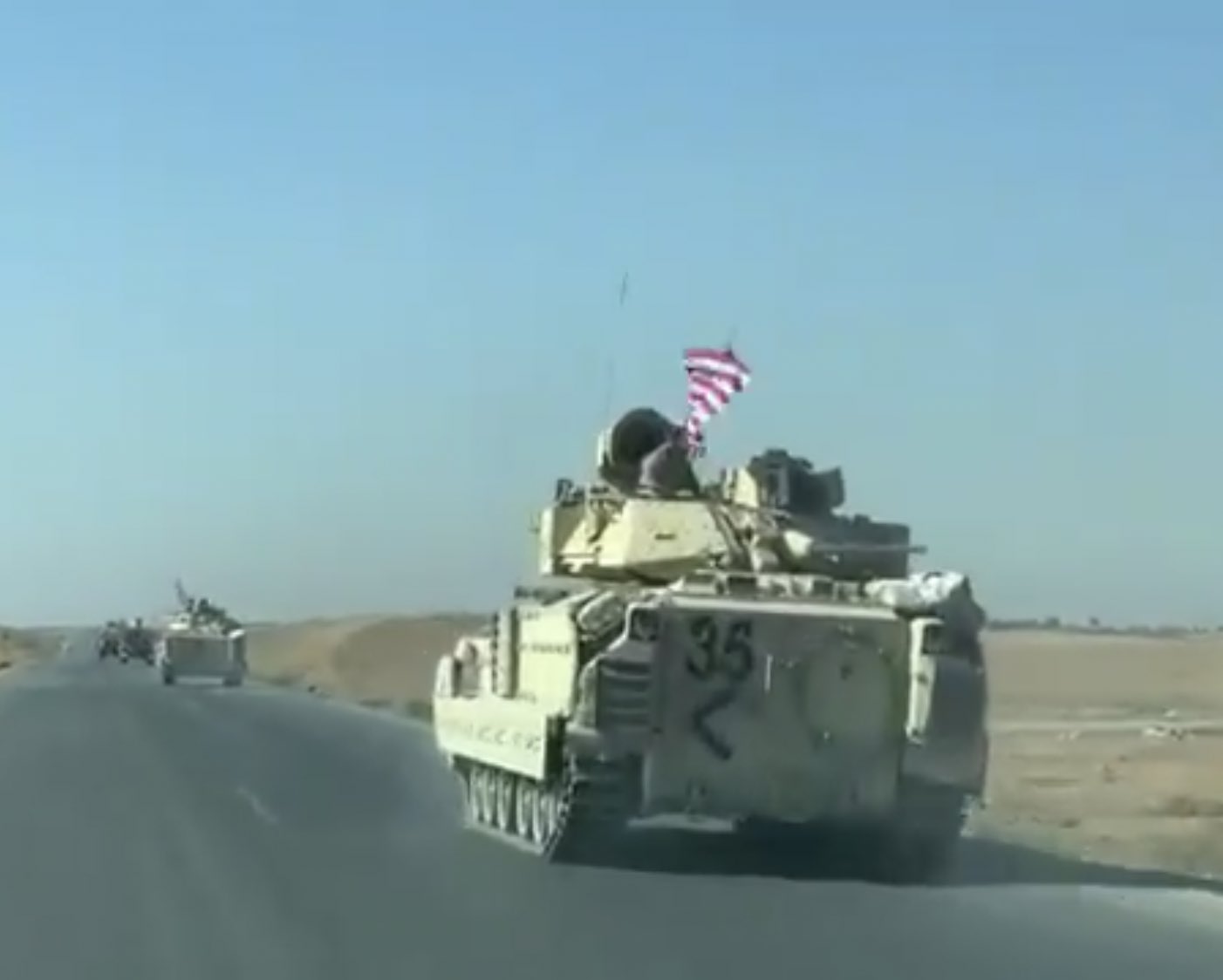 Observers in the media have pointed out Bradleys were an odd choice for defending Deir ez-Zur, seeing as the concern was guerillas and, anyway, they and SDF has never needed them to protect the region before; air strikes were sufficient to dissuade artillery in the mountains.

The military has claimed this gives the forces greater mobility, flexibility, etc.. (Also, Rear Adm. Byrne said, at the end of the day, they’re really good and the commander in the region wanted them.)

Observers on he ground are pointing out that Bradleys are a suspect choice for highway patrol.

As everyone has pointed out these are not M1s, but can we just reflect on how absurd it is that Bradleys are being used for this purpose. By almost every metric they are inferior to the Maxx Pros and M-ATVs that were in use before. Slower, more vulnerable to IEDs & less flexible https://t.co/GFfwBCM18U

Meanwhile, US has patrols near Tall Tamr in Hossakah province province amidst heavy fighting including AH-64 Apache helicopters.

Why? Everyone is sure they have their reasons. Possibly to protect the M4? Unusually large force, especially since nobody is supposed to be shooting at them. The fighting seems intense, though, so maybe that’s why.

So the situation on the ground is… fluid.

Since the first withdrawals, any time US announces troop withdrawal, we redeploy and become more engaged.

So, well, I guess… These colors don’t run?