So now that some of the boundaries and attendant responsibilities are crystallizing bit, it looks like entities are vying for social and political control. Tel Temir, in particular, appears to be the focus of such efforts.

And there seems to be new fighting developments over to the west in the area north of Aleppo, but it’s the kind of thing where everyone seems to know something is happening but not exactly what.

That makes sense, though, since that region that has developments from the fighting on Idlib to the west, and the continued fighting on the Rojava front to Aleppo’s east doesn’t have nearly the settled responsibilities that exist in the eastern end of the country; things are still fuzzier out there.

So here’s a rough approximation of what we’re looking at in terms of territorial control on the ground.

Gotta love how none of it is ostensibly controlled by people who actually live there; even Assad’s Syrian Arab Army (SAA) has Russians with them.

Anyway, there’s definitely more activity , as usual involving more “strategic driving around” by the US led coalition in Qamishli.

Ok!
New logistical support reaches NE Syria, some of which seems to be oil-related equipment. pic.twitter.com/TJS4fDYlVB

Now, somebody reported seeing tanks, but nobody else did, and lots of the terms get really fuzzy, especially since local slang does things like refer to all armor as “panzers” be it tank or Bradley or whatever.

I don’t see anything but infrastructure and logistical stuff, but I’m not an expert. I think the standard understanding though is that you don’t do anything in a war zone without protection, so if you see a baby cub, know that momma bear is somewhere nearby.

Also, at this point, if you told me that the US military had ninja stealth tanks that looked like other vehicles, I’m not sure I’d believe you, but I’d probably hear you out. Hell, now that I think about it, that second truck looks a bit like Optimus Prime. 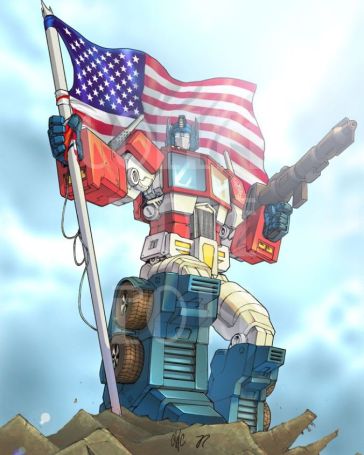 So that’s whatever power chess is going on up in the northeast. You could basically spend an afternoon watching nothing but videos of Russian and US/coalition convoys rolling into Qamishli over the last couple months and everyone trying to figure out what it means.

A bit to the southwest, though, the steady-state fighting has intensified, and it appears to be related to renewed attempts to control the region. In the “post cease fire” world, that means social and political control as much as, if not more than, kinetic violence.

The equipment gap is a myth actually, history shows us that the advantage of organic community support is way more important. Opposition will run out of supplies, but communities will always band together to protect and support guerrillas in the face of a govt crackdown.

That thread has a lot of disagreement and many place an emphasis on fire power over community support. That said, the equation is very different for a dominant power like Russia who is not concerned about being outgunned.

Anyway, it’s a neat discussion, and they have excellent cultural sensibilities.

This is Reverse Red Dawn I think.

Moving along, what we see most clearly is a highly visible aggregation of forces and the obvious effects that has on the region, such as impeding civilian traffic in the area.

M4 road still closed for civilian traffic. We'll see if anything change in the future.

This deployment is a response to the Turkish backed militia (TFSA) operating in the region and, well, blowing stuff up again. Or more than usual, anyway.

So there’s fighting around Ain Issa and to parts west as well, but the Tel Temir area is receiving special treatment both in terms of kinetic military activity as well as general attention from the people on the ground.

The reason for this appears to be the “non-kinetic” military attention the area is receiving. Specifically, the Russians are trying to insert themselves into local instituions.

+++ Russian forces has begun forming new military groups in the towns of Amûdê, Dirbêsiyê and Tall tamr cities, with the aim to replace the YPG and Protect the border with Turkey. The volunteers will receive an salaries pay of 150k SP.

This is obviously consistent with Russia’s stated desire that the SDF be absorbed into Assad’s SAA. Russia wants territorial Syria consolidated under Assad, and this would be a step in that direction.

What’s not clear is whether or not their efforts to displace the existing defense forces will work; they’ve tried unsuccessfully in the past, north of Aleppo.

Russia had tried a similar approach in Tal Rifaat and the Sahba region before to form a Russian-controlled Kurdish force.

At that time, Russia offered the biggest salaries in Syria by far and send special force to command them.

It failed miserably. Most even don't know of it. pic.twitter.com/QKjHDgz0mm

We see how didnt working,every weeks numbers of infiltrations and ATGMS strikes in Afrin https://t.co/6YepbKJm0C

So this is apparently not unexpected. And it’s obviously something that not just Russia but maybe any similarly situated state might try—it’s a way to gain local control in ways more effective and less costly than occupation by sheer force alone.

Consistently though, as with the meetings between the SDF and local Arab tribes that have been going on lately, when offered options, local peoples are opting to stick with the civil and military structures of Rojava.

The meeting concluded with a consensus that intra-Syrian dialogue must be upheld, and that the Autonomous Administration must be included in talks for the crisis to end.

There’s lots of examples of the above, and the SDF/Rojava clearly go out of their way to hold and publicize such meetings. Really, the whole democracy and self-determination thing is kinda their jam, so it should be expected. And that’s also their argument for why they deserve the support of localities—and for that matter NATO, but I digress—in that this sort of political arrangement is, in fact, what they are offering. And people are into it.

Well, with the exception of the ISIS sympathizers in the southeast.

Actually, not just ISIS sympathizers but anyone there who might want to cause trouble.

Deir ez Zor will be in the media again soon enough. Either for the Iranians or for Omar oil field. Let’s see what comes first?

But they’re working on that.

ISIS resistance, then, like Iran, is kind of the exception that proves the rule here for Rojava’s efforts.

As in, ISIS is firmly dedicated to people not having the right to determine their own political fates. Heck, they’re even against free personal expression, to say nothing of letting people freely choose their own destinies, be it by politics or otherwise.

In that vein, as per the theme that has emerged in this post, people tasked to the fight against ISIS understand that there are more important factors at work than just kinetic violence.

These people are so good at what they do.