OK, Nov 8 was a relatively “dull” day from a tactical and geopolitical strategy POV (though terrifying on the ground). There’s the same fighting in the same places, but not a lot of ground given up. There is reason to believe that the relative lack of movement on the ground is a function of the geopolitical positioning/posturing that’s gone on in the last 36 hours or so.

First, this situation on the ground.

The main takeaway is that the M4 highway remains compromised. Other than that, fighting in the same places in mostly the same ways; I can post more granular maps if anyone wants, but there’s not a lot of movement.

I’ll go from west to east to cover the major fronts:

The people continue to get fucked, especially from the air, as Russia hammers anti-Assad SNA rebels but also the Syrian Army is taking aggressive action on the ground, as are Turkish forces in opposition. It’s ugly; the destruction comes in all sorts of flavors, and now with what appears to be increased buildup of armor. 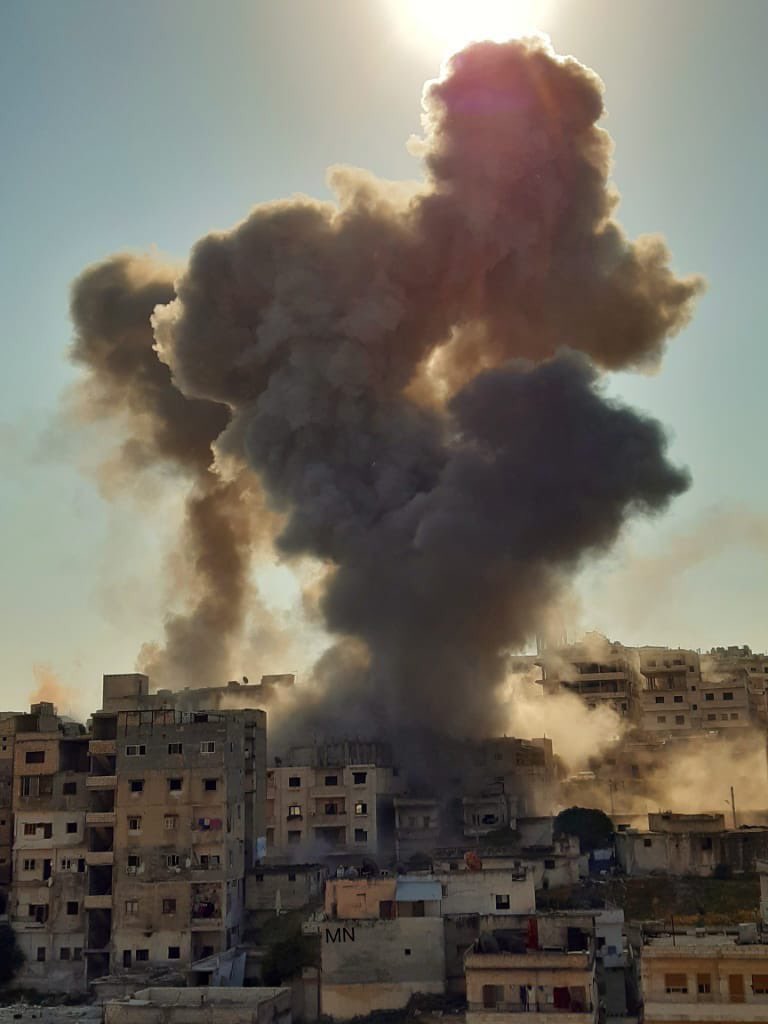 There was fighting with shelling yesterday, but that stopped when Russia (and Syria) showed up.

The Turkish advance has stopped only because of Russian and Syrian intervention. The only reason there isn’t fighting in Manbij city at this very moment is because of that intervention

Basically all the major players are there and cautiously eyeing one another, so it’s pretty quiet…

🎥 In every village they pass through the Turkish military are pelted with rocks.

In some villages the locals put rocks across the road to slow down the convoy.

In the incident we witnessed, the military responsed with tear gas at close range. pic.twitter.com/uVxgOvduwK

This picture is much more rock focused.

The relative maintenance of the status quo on the ground today makes a lot of sense given the strong stances made by pretty much all the significant players.

USA, Turkey, Russia, and, to an extent, Syria—

—all staked out bold positions.

Lesser players took positions as well. France broached the idea of Europe needing to rethink NATO. Israel has voiced support for the Kurds. Iraqi Kurdistan has released a controversial statement. (The powers in Baghdad are mostly keeping their heads down, wisely, I think.) Iran has been Iran.

Add the context of a bunch of high end press coverage of the situation, and it seems like the power chess game needs to play out a bit to dictate the next moves on the ground.