TheNewArab: Assad has threatened to obliterate Idlib with Russia’s help. Can Turkey stop him?

The US, seen convoying from Qamishli and heading west, is fully moving out (again?), and the Russians are fully moving in. They have their flag up at the main base. This explains why they were being so oddly protective of that area the other day. Russia is its own side. 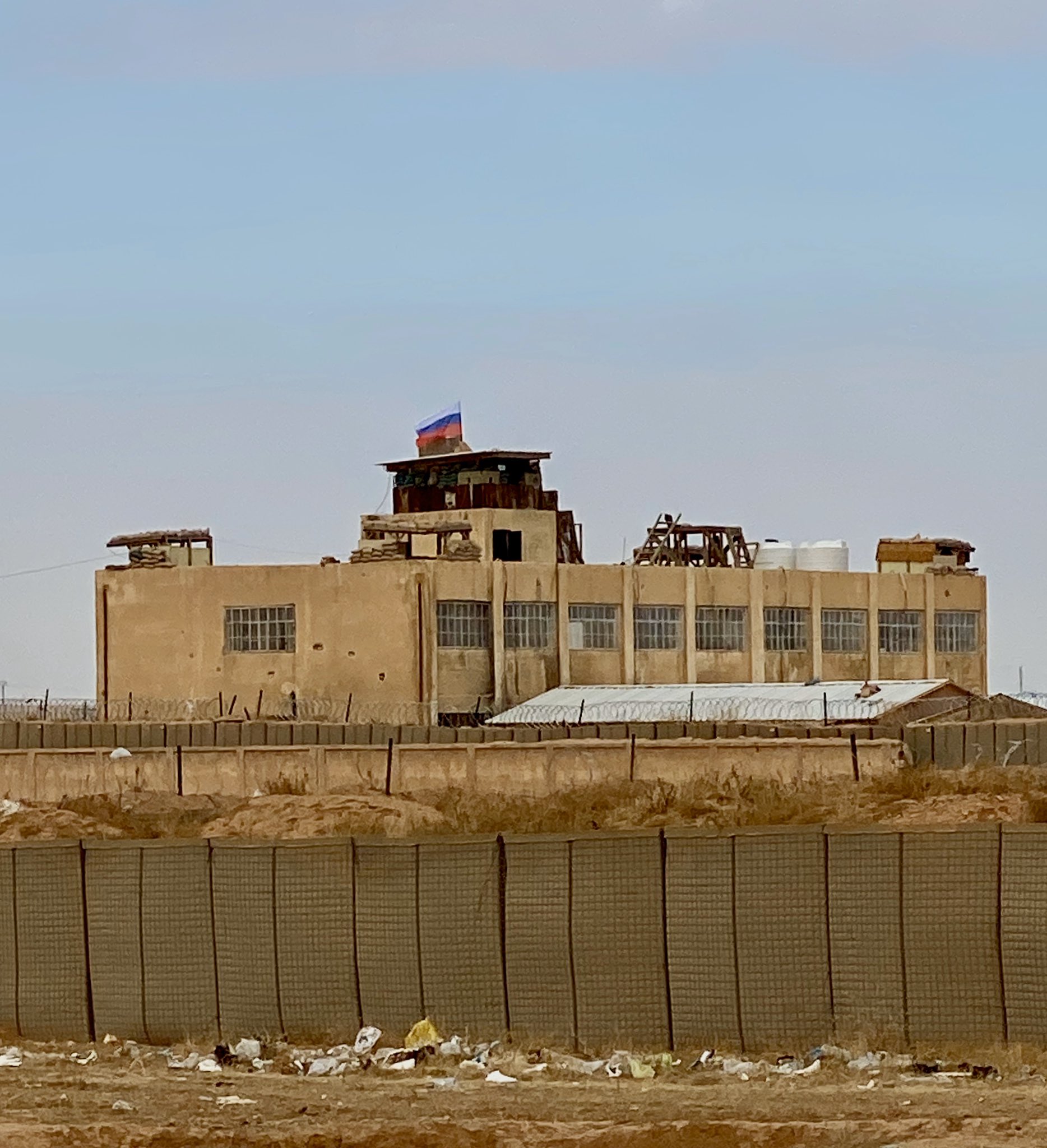 A U.S. military convoy consisting of several armored vehicles passed through the city of Qamishli in northeastern Syria, Monday, November 4. It was not clear where the vehicles, which were seen Monday, were going. (AP) pic.twitter.com/PzTPbEwQwA

Fighting. Drones. A lot of the same. Four Arab tribes have joined SDF in the region .

This is like a day old but it’s basically the same. 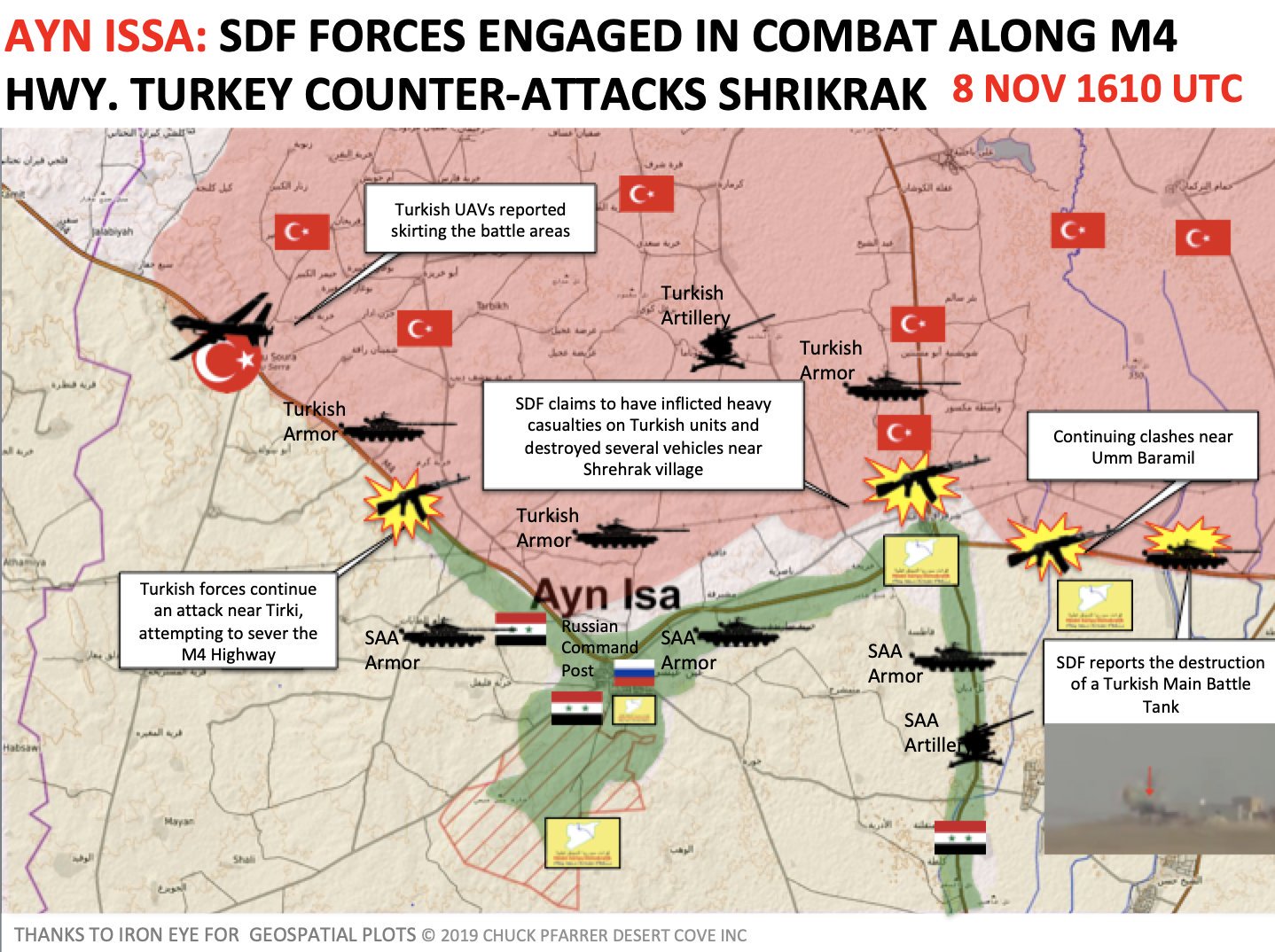 Turkish jets are bombarding the countryside of Hishe town in southeastern of Ain Issa. In the same area there are Russian and Syrian Regime Forces stationed (ANHA) #TwitterKurds pic.twitter.com/oN2kl36ZEh

Today: Civilians injured as result of drone strike on the village of Hishe near Ain Issa. #ROJAVA #NESyria pic.twitter.com/AauZRNh9Gz

Heavy fighting with shelling and air strikes, including ambulances. It was chaotic enough that there were conflicting reports, but ultimately it seems SDF were south of SAA who beat back the Turkish forces and hen both pushed towards Ras al-Ayn from northeast of Tal Tamer.

ISWNews Analysis Group: From last night so far the engagements have intensified in northern axis of Tal Tamar. 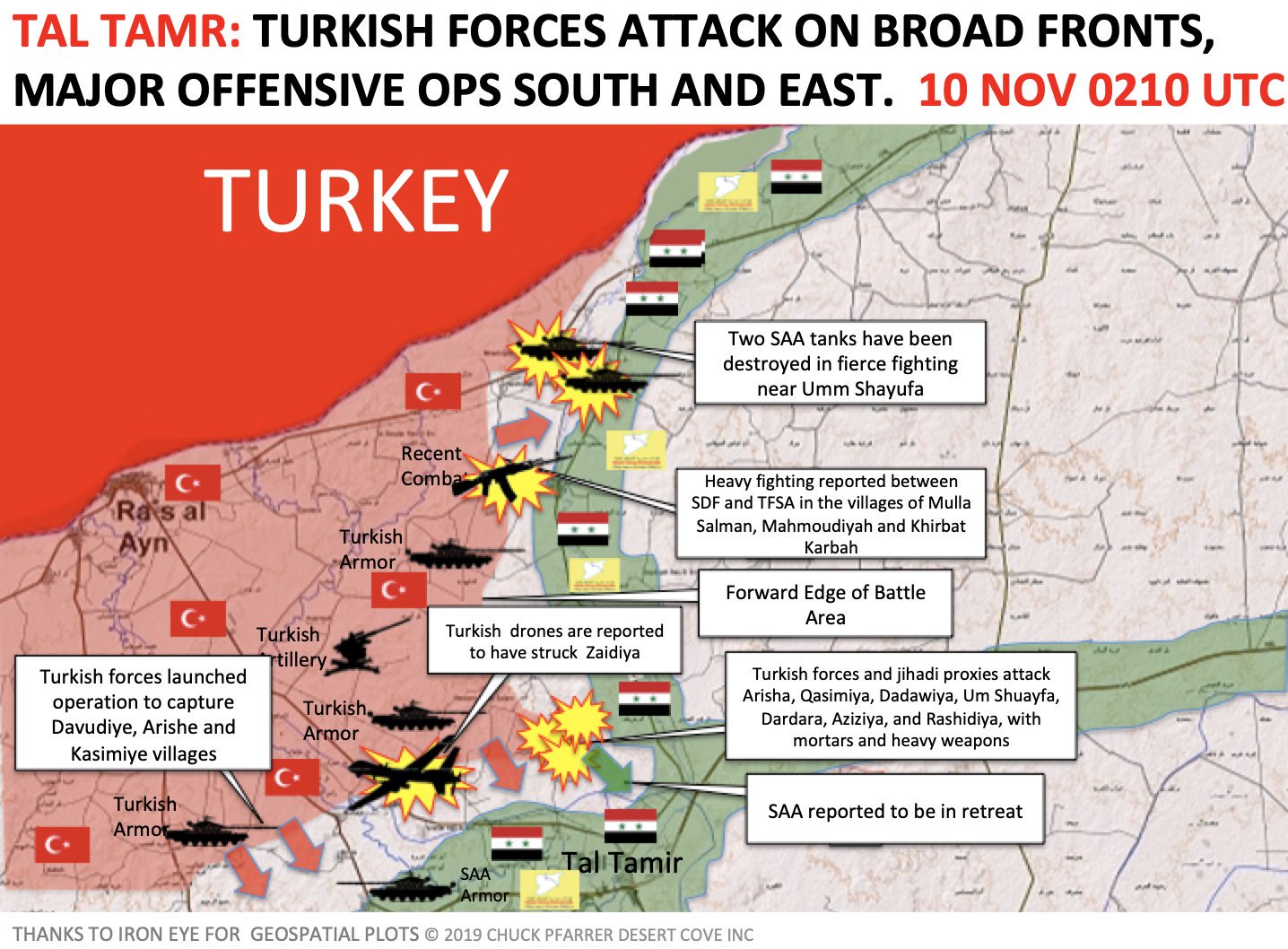 SOHR: With the intensive support from the Turkish artillery, Ankara-loyal factions carry out new attacks in areas between Tal Tamr and Abu Rasin (Zarkan)

SOHR: Turkish drones continue the intense targeting of several locations in the area between Tal Tamr and Abu Rasin and cause more casualties, as the violent clashes continue in the area

Assad’s SAA has established more of a presence, to the US, Russia, SDF, and Syria and probably some Iranian spies are all there. This is likely why the locals keep throwing rocks. 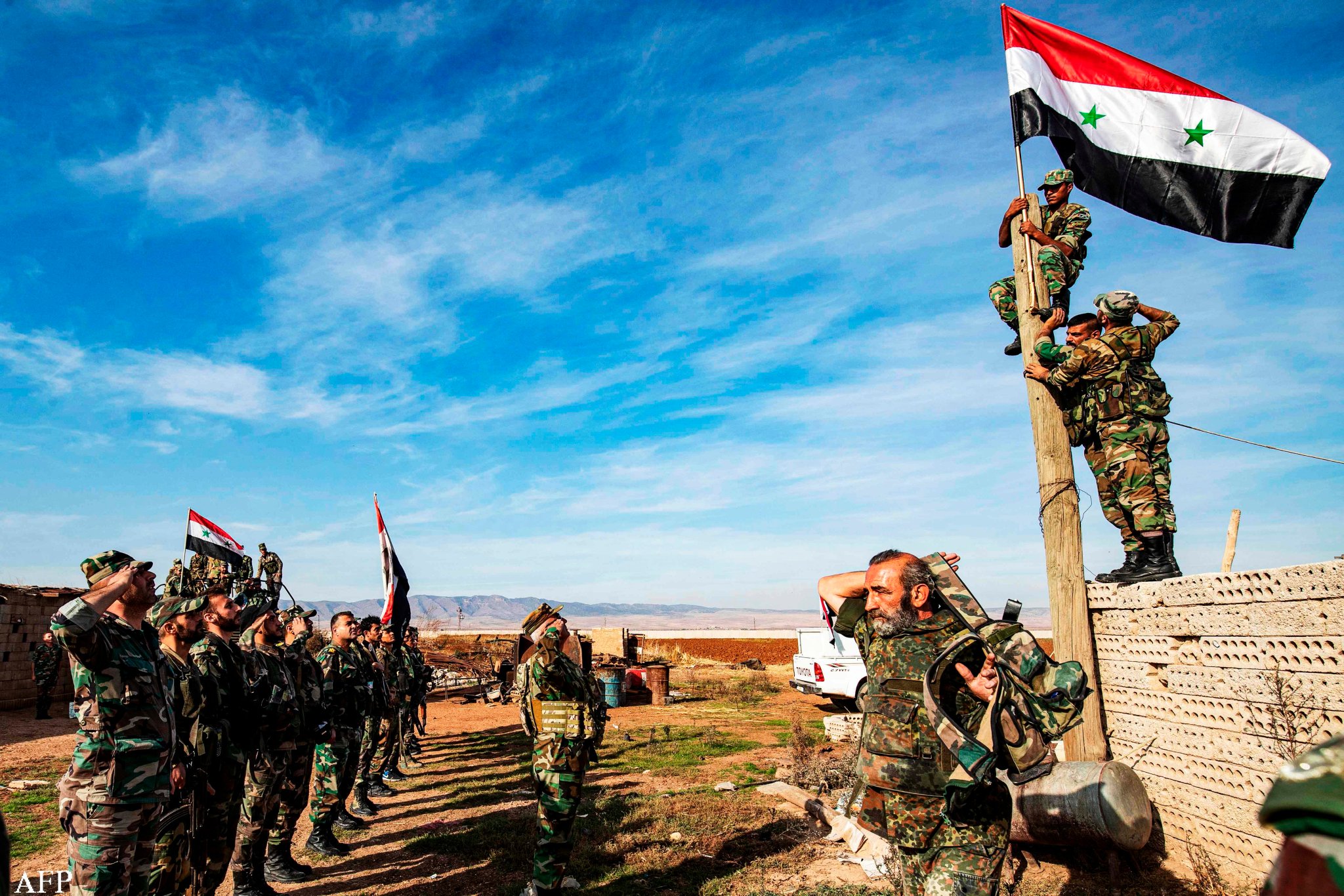 US Army really wants you to know why they are in NE #Syria near US base in Rumelan, east of #Qamishli pic.twitter.com/S5lc3OG3sO

Uh oh… So much for my Qamishli update. Gooooooood more-ning Qa-mish-liiiiiiiiii!!

Car bomb exploded. US troops being pelted by rocks. 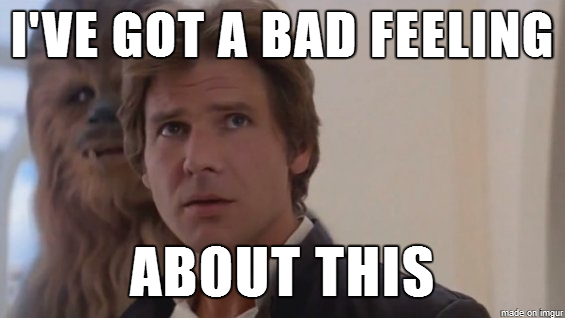 But they’re not out of rocks.

Quite a strong video: Kurds in Qamishlo /Qamishli throwing rocks at the "betraying" US convoy leaving northern Syria, abandoning Kurds to their fight with Turkey and Ankara-backed militants. pic.twitter.com/g0qyhLgDoG

#US troops pelted with rocks as they leave #Qamishli in #Syria pic.twitter.com/RnGpUkjePM

This one is amazing:

The rock throwing is just… I dunno… I love it. I wanna throw some rocks.

I find the rock throwing captivating as well. If that hasn’t come across.